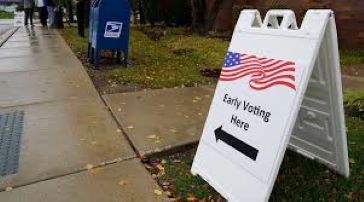 On Friday President Biden and Vice President Harris met with community leaders in Atlanta, Georgia, to discuss the recent wave of violence targeting Asian Americans. Democratic Georgia State Senator Michelle Au was part of those talks. She joins CBSN with more on the meeting and why she says a gun control bill she’s sponsoring is the logical next step.

– Communities across the country held vigils and protests this weekend demanding justice and calling for an end to anti-Asian racism. The demonstrations come after a gunman opened fire inside several Atlanta area spas, killing eight people. Six of the victims of Tuesday’s attack were women of Asian descent. The US has seen a surge of violent attacks targeting Asian-Americans and Pacific Islanders that began shortly after the start of the pandemic.

President Biden and Vice President Kamala Harris took a break from promoting vaccines and the American Rescue Plan Friday to meet with Asian-American community leaders in Atlanta. Afterward, Mr. Biden called on the nation to speak out against racism.

JOE BIDEN: Hate and violence often hide in plain sight. It’s often met with silence. That’s been true throughout our history, but that has to change. Because our silence is complicity. We cannot be complicit. We have to speak out. We have to act.

– Georgia State Senator Dr. Michelle Au is one of the lawmakers working to address this problem. She joins us now from Atlanta. Dr. Au, Asian-Americans and Pacific Islanders have been calling for people to pay attention to the issue of anti-Asian racism, which is not new in our country. You had a meeting with President Biden and Vice President Kamala Harris Friday. Can you tell us a little bit about what you discussed?

MICHELLE AU: Yes, thank you so much for having me. The meeting that we had as Asian-American leaders here in Atlanta with President Biden and Vice President Harris was incredibly meaningful because we have to remember that ours is a community which has often felt, when we’re talking about discrimination and racism and violence, like we have been overlooked, that no one is seeing what’s going on, and that our stories are not being told. So to have our commander in chief and the vice president come and really spend a very significant amount of time with us during a very short visit really meant a lot to us that they sat down, listened to our concerns, and they told us, we see you, we hear you, you are not alone.

– You are sponsoring Georgia State Senate Bill 179. It ties into the push to find legislative solutions to this recent wave of violence. Tell us more about that.

MICHELLE AU: Yes, and I think this is a very timely point to talk about my bill, which is Senate Bill 179. Oftentimes when we have these types of mass shootings, particularly when the shooter is a white male, we often pivot to the discussion in mental health terms, right? My bill actually seeks to expand universal background checks to cover all manners of firearm purchases, including private gun transfers and gun shows, that type of thing. If we are talking about mental health being the reason that these types of crimes are able to take place, then we need to logically expand our background checks to cover all forms of firearms purchases.

– On that note, how easy is it to buy a gun now in Georgia?

MICHELLE AU: The remarkable thing about Georgia is that it is easier to buy a gun here than it is to vote. So right now in Georgia, relating to this crime that took place on Tuesday, the gunman purchased the firearm he used to kill eight people that morning. Meanwhile, in our state legislature, Republicans are still pushing back on people even being able to register to vote the same day, right? So we really have to look at what kind of a society we’re trying to build and what our priorities are.

– Dr. Au, as you know, many of the recent incidences targeting Asian-Americans and Pacific Islanders have not led to arrests nor hate crime charges. Some people argue it is often too difficult to prove racist intent, particularly when it comes to crimes targeting people of Asian descent. Do you think that the laws for prosecuting hate crimes need to change?

MICHELLE AU: To point to George’s hate crime law, Georgia was one of only four states up until last year that did not have any hate crimes legislation on the books. We did pass this last year in the wake of the death of Ahmaud Arbery, and I’m very gratified to see that. But a hate crimes law doesn’t do anything unless it is enforced, right?

So when we look at this crime, which clearly targeted women and clearly targeted people of Asian descent, there are two protected classes under this hate crime law that could be followed up and prosecuted. One is that women are a protected group, and the other is that race and ethnicity is also a protected group. So I think that we need to use this new hate crimes law and continue our investigation, see what information we can get, but we should not be hesitant to use this new law that we have.

– Those Atlanta spas where the murders happened are owned and operated by people of Asian descent. What are your thoughts on people who blame the violence on sexuality or pornography?

MICHELLE AU: I think that we’re very quick to sympathize and empathize with the murderer sometimes when these mass shootings happen. And I’ve certainly heard the excuse that he has given and that enablers have given that this is because of some sex addiction that he had, and he was simply trying to, quote, “get rid of temptation.” I think this does two things when we see this, especially as members of the AAPI community who feel persecuted honestly in these past few months in the past year.

One is that we’re giving incredible amount of credit to an avowed murderer, and the second is that focusing on his narrative erases the narratives of those that he has victimized and killed. So I would like to stop talking about his motivations and his story and start focusing on the stories of the victims and their families.

– A powerful message. There were rallies and protests in major cities across the country this weekend. We’re seeing many reports of people who say it was their first time ever protesting. What do you think it is about this moment that’s drawing some people to speak out for the very first time?

MICHELLE AU: The rally that we saw yesterday was incredibly heartening. The turnout was huge. And so many people were so fired up and motivated to stand with our Asian-American family and community that it really gave me a lot of hope for the future of where we’re going to move next. I think the AAPI community has been living with this fear for more than a year.

We have to remember that violence and discrimination against Asian-Americans isn’t just something that happened on Tuesday. It’s not just been over the past month when we’ve started seeing more of these news reports, and it hasn’t just been over the past year with the coronavirus. This has been decades, if not centuries, in the making. And I think that we have finally reached a cultural moment where all of us are allies, and the AAPI community is saying enough is enough.

MICHELLE AU: What I would say to them and what my fellow AAPI legislators will say to them is, we see you, we hear you, we understand, and we are going to keep fighting on these issues because that’s why you elected us. That’s why we’re here. And we’re going to work to make these things better.